I was watching a video of my son Max’s choir group back home in WA performing “Rose, Rose, Rose” (a kind song known as a round, where one group starts off and the next group start to sing the same song a bit later, like “Row Row, Row Your Boat”), when a certain line hit me: ” Still, I will be merry…. “

I was suddenly transported 25 years back in time, back to one of countless nights spent around a bonfire in the cold hours before sunrise, high up in the mountains of Japan. My friends had taught me a Japanese folk song, a round with a catchy part about being cheerful even though you have nothing to eat and no place to stay…

Meat, nor drink, nor money have I none
Still, I will be merry….

Hunting for videos of the Japanese version of the song (Watashi ha Yadonashi de) is where it gets really weird. The original version of the song by Masami Mizuno is not to be found anywhere, which is not really surprising since dinosaur music companies in Japan tend to threaten everyone for sharing even ancient recordings. So the closest we have are computer synthesized recordings utilizing Sinsy:

The second noteworthy video I found of Yadonashi contains synthesized verses in both Japanese and English! Perfect!!

It took me a long time to figure this out because the support documentation sucks. This is for the error where the desktop notification icon is gray and Dropbox won’t connect after you try and sign in.

NOTE: This happened on a laptop running Windows 10 64-bit

Anyways, try turning off your antivirus, check that Dropbox isn’t blocked in your firewall or connection settings, and run an advanced uninstall: How to run an advanced reinstall

I’ve taken a screen capture of the page in case it gets lost:

On the long road home, we came across this at DMK… By the way, Don Muang International is now the best airport in Thailand as far as I know. All the amenities and nowhere near the madness or scale of Suvarnabhumi. You lookin’ at my mudflaps, boy?

History of the Toyota Crown

Mine is first year (1971; pre-facelift) fourth generation, and was an abject market failure because it was too strange-looking for its time. Of course, that’s why it looks so cool now.

This week was quite an eventful one. We found possibly the best restaurant in Issan, Max threw up in a bubble room, and we had a couple exceptional meals. 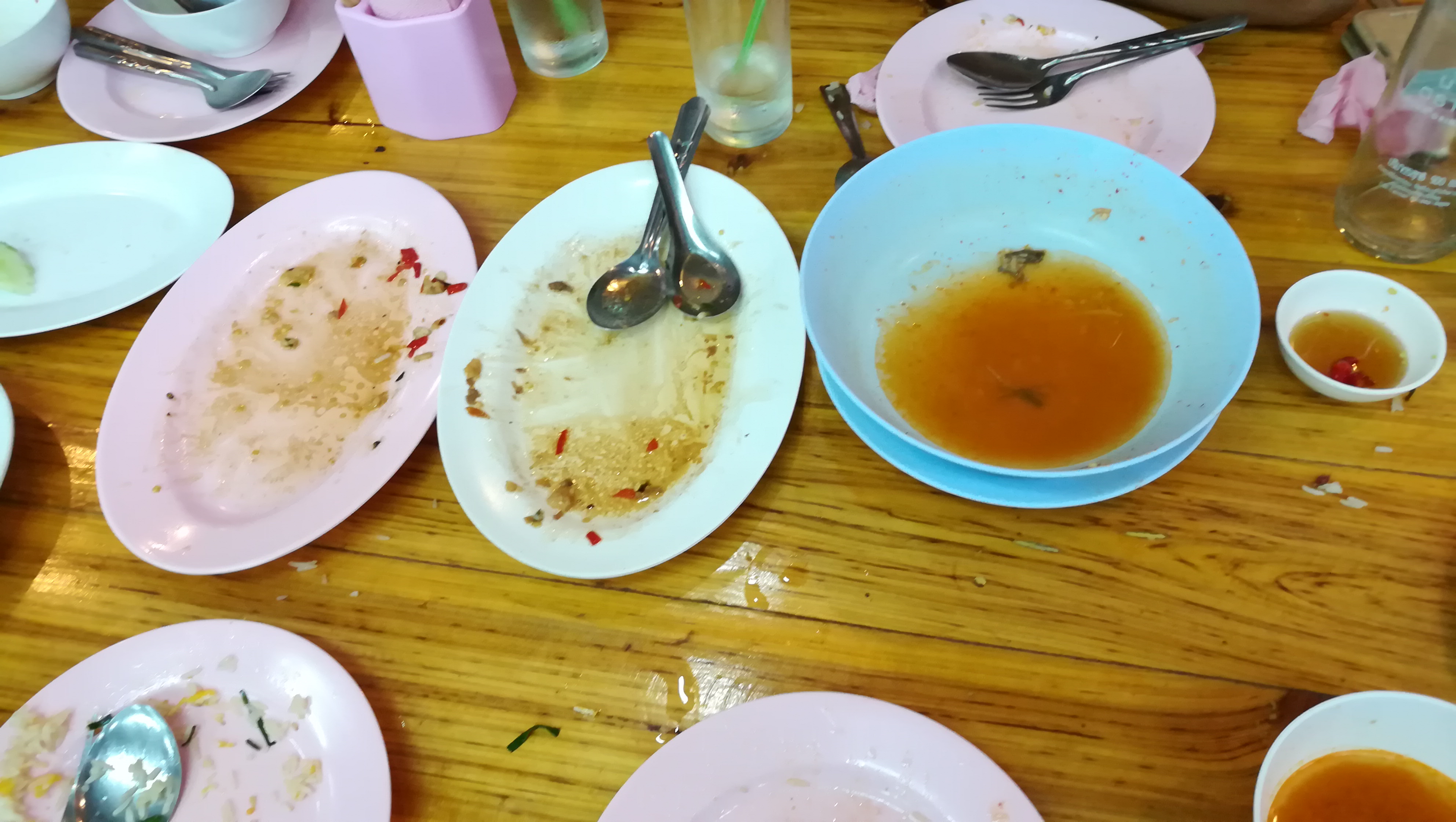 I wrote the post a couple weeks ago, but WordPress had a brainfart until today. Oh, well. Just centered this bad boy with a tire iron and a cop came to ask me if he could borrow some tools to fix his motorcycle… He wasn’t a very good mechanic, and I ended up adjusting his carb with the mixture and idle adjustment screws.

The kids are still at TKD…. I feel like a soccer mom waiting for them to finish. A soccer mom in a lowered, black 1971 Kujira Crown.

This photo was taken when I was cruising down the highway in the old Crown to meet Max, Mina, and Nam, who were at a friend’s second house out in the countryside.

Sometimes the sky here is really awesome. I watched a thunderstorm last week off in the direction of Roi-et that had the most regular lightning I’ve ever seen.

Sometime in the future, I will open a bar. Bands will be welcomed to play live, in a rotating fashion. If a certain song or band gets tiresome, a projector screen will drop in front of the stage and this video will be played until the next band comes on.

The icons (AKA avatars) that appear next to your name in the comments on this blog and many others is controlled by a company called Gravatar. If you sign up on their site, you can choose your own icon and the information that appears when you comment here and anywhere else using Gravatars.

Note: Even if you don’t make an account, my site is set up to assign you a randomly-patterned icon each time you comment.

15 years ago, there were rumors of a lone wild man living in the Amazon forest. The rumors were confirmed by sightings and, eventually, contact by Brazilian government officials who determined that he was the last survivor of an uncontacted tribe.

To protect him, they created a 31 square mile sanctuary which was meant to stop the encroachment of land-hungry settlers and loggers.

This is one of the most interesting things I’ve read in a while and you can check it out over at Slate: The Most Isolated Man on the Planet

Nam woke up when it was still dark to go to Bangkok for a meeting. Max stayed at his grandparent’s house. Mina woke at about 6:15, later than usual, and only cried a little bit. I tucked her against my chest and she fell asleep again. She stayed nestled in my arms while the cool morning breeze whispered through the windows.

Yesterday when looking for tools to make a gated baby fence, I found the smallest gecko I’ve ever seen. He was hiding under one of my tool bags and was suffering from some gross mold that had eaten away part of his body. Less than an inch long, the thickest part of his body was about 1/16″. He was too weak to run for very long, so I trapped him on a scrap of paper and put him outside on the window ledge where lazy insects like to congregate. I fear he wasn’t long for this world, so I hope he got a nice last supper.

If you haven’t signed up for Dropbox yet, you can do so through this link in order to get both you and I an extra 250mb worth of storage space. There’s an app for the iPhone and Android as well. Well, I’d heard of it before (wpedia link), but never seen it. Didn’t see it happen this time, either, but Nam said this glass pot lid (which was thankfully placed inverted on the pot for storage under the sink – this kept glass from flying around) suddenly exploded when I was in the shower half an hour ago.
The most common theories are installation damage (N/A here), thermal expansion or manufacturing impurities. However, another theory states that it might be caused by an “ultrasonic sound wave at a harmonic of the glass’ resonant frequency.”
Oh.