In the past month I’ve had to replace the water pump and some skinny rubber hoses in my Crown as well as the radiator in the Cefiro. I had been refilling the water in the Crown every morning as it seemed to be losing 500cc or so per day. I could see where it was leaking from and figured it needed a new pump soon. The thing is, since I only drive it to work every day, I could afford to wait. Reversely, I couldn’t afford repairs right away so I just prayed for the old gal to soldier on until I could raise the scratch, and that she did. The shocker was what happened after the pump was changed out and the water replaced with proper coolant (it had been filled with water since I bought it, I think) – the running temp dropped damn near thirty degrees (celsius) on average. It went from 87 degrees at cruising speed to just below 60! Awesome.
Then, last week I noticed green coolant spatter in the engine room of the Cefiro and saw that the entire seam running around the top of the radiator was slightly leaking… Bad news! I always tell my wife to keep an eye on the temp gauge so that sweet-ass VQ30 under the hood doesn’t burn out… But really, this is a non-priority for non-gearheads who’ve never seriously overheated an engine. So that radiator had to get looked at, stat.
The Nissan dealer said it was very lucky we brought it in when we did because it was on the verge of catastrophic failure. Here’s the kicker: The stock Nissan radiator is made largely of plastic and costs 10,000 Baht ($300). An all-metal one made for my car by a third party supplier costs half that. It has the disadvantage of being heavier than the Nissan one. On the other hand, it can actually be fixed. So in this case at least, genuine parts were not the way to go (this is not always the case, though, as many of the cheapie parts here come from China marketed especially for the SE Asian market and are total crap).

The story behind this clip: This is footage from tryouts for an advisory role (martial arts) for a movie.
I can’t believe I’d never seen it before; it’s just so classic: There are rumors of an imminent coup in Bangkok again. It may happen, it may not. Our house and family is protected by sheer distance. The only reason I write about this at all is in case telecom service is interrupted; there’s really nothing to worry about.
Happy Thanksgiving! Well it took a whole day, but I finished our nengajo (traditional Japanese New Years cards) design! Yay! Max helped out by drooling on my keyboard and now all we have to do is get them printed, handwrite addresses and short greetings (mommy’s job), and send them out in the post!
Since we changed addresses from last year we want to get the drop on everybody before they send cards to our old address… But to be quite honest, we have been bad analog correspondents – we haven’t sent cards since we left Japan (didn’t send very consistently then either, although we did the very last year we were there).
Time to take a nap with baby until midnight. You may have heard by now about Google’s partnership with LIFE magazine: 10 million photos recently released, most of which have never been seen by the public. You can check out the site here: http://images.google.com/hosted/life
I started playing with it today and was really impressed. I think I’ll integrate it into an upcoming lesson for the computer class I’m teaching.
I don’t really know why, but I started out searching for one thing and got drawn down another path, and then another, and then I finally ended up looking for photos of internment camps – and WOW – there’s photos in here I’ve been looking for all my life it seems… they show a level of detail to the camps that I’ve often wondered about but never had the resources to look up. So I’d like to share some of the better ones I found, and they are very good – taken by the likes of Dorothea Lange, Hansel Mieth, and Carl Mydans. So without further ado:

Notes: Check out the caption on #6 (are they really Japanese?). Also, if you zoom in you can identify magazines. #7 is horribly staged but a great insight into what rooms could look like. I swear there’s a set of swords in the background (maybe bokken?). #9 Besides the box of Arm & Hammer and the Oxydol, I don’t recognize any of the product labels…
////////////////////////////////////////////
The title of this post refers to what the internees were offered when they finally got to go home.
I can’t believe there’s still idiots in this day and age that defend internment… Actually, maybe that’s one of the reasons this subject is still important.

I’m having fun opening gmail in a browser window every time and staring into an angry supernova.

This is the best film I’ve seen in a long time:

Who’s that blue robot cat from the future with the Homer Simpson eyes? Yes, I am aware that this is a huge waste of time, but D got me hooked on this free gladiator game, and although I’m busy with this and that, every spare minute is spent doing a Russel Crowe impersonation online. So, come join me, fellow wannabe Romans:
http://s5.gladiatus.com/game/c.php?uid=109056

Here’s a healthy dose of Voltron to balance out OP’s recent time in the limelight: Yearbooks of Japanese-American high school students interned at Tule Lake. I can’t remember which of my relatives was at Tule Lake…
(thx Junie)

Max just burped right in my face so I let a big dog belch rip point blank.
He laughed so hard I had to change his diaper. 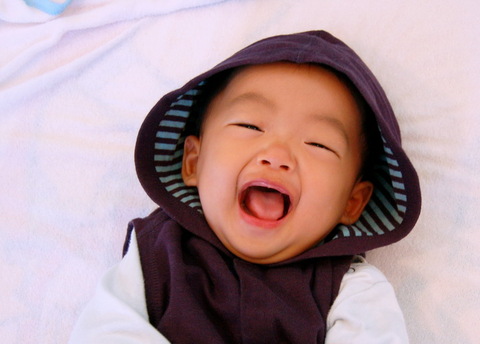 “The page you are trying to view cannot be shown because it uses an invalid or unsupported form of compression.”

Can anybody using Firefox please see if you get the same error (click here) and post results in the comments?
(Please ignore the content on that blog, I’m revamping it for classroom use)
Other browsers seem to be unaffected. Clearing the cache didn’t help. Resetting Prefs didn’t help. Burning joss sticks and mumbling to the Buddha didn’t help.. And I’m not using a proxy. Hmm…
/////////////////////////////
Related:
This is very curious: Opening the directory produces the error.
https://cosmicbuddha.com/tempblog/
However, specifying the index file does not.
https://cosmicbuddha.com/tempblog/index.html
//
A thread on this error in the Firefox support forum
UPDATE: I just moved over to my laptop; Firefox updated to version 3.0.4 and is having no problems with the link, so… Good. But weird.