She wears a mask at school ALL DAY. Even for PE class, outside for 3 hours. It’s been 100 degrees some days.

I’m currently in a state of being extremely busy juggling things like preparing for a new school term, managing a botched house extension, getting our main car repainted, moving a metric ton of dirt the workers we fired (from previously mentioned house extension job) left on the street in front of our house with the only Radio Flyer I’ve ever seen in Thailand, getting diphtheria/tetanus boosters because I gouged my leg on my rusty barbecue grill, replacing a temporary crown on my tooth with a permanent one, running around to every home improvement shop in town to find the correct angle grinder attachment/vinyl flooring sheets/ceiling hangers, etc.

Here is a shot of the best khao tom I’ve had all year, up in the mountains, on break from performing Okinawan music to Northeastern Thais.

Also, we miss Max and have decided not to bring him back on a repatriation flight to face 2 week quarantine by himself, and instead wait until we can go get him (intl flights are still not allowed into Thailand) safely.

Oh, and yes, their school is abbreviated as “MUDS.” They all wear athletic shirts that say MUDS on their backs once a week on “sports uniform” days.

That doesn’t mean I don’t have to try, though. 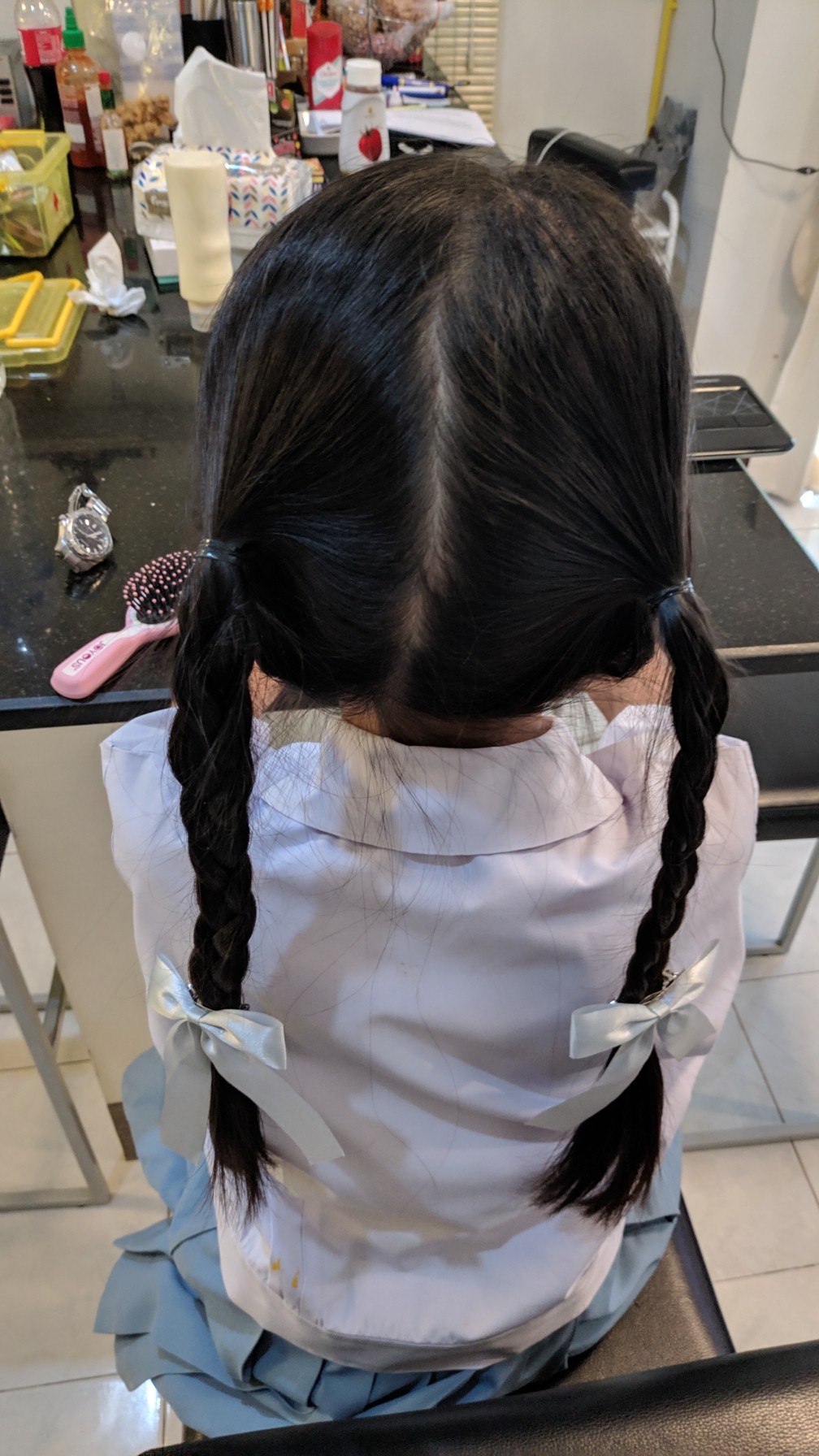 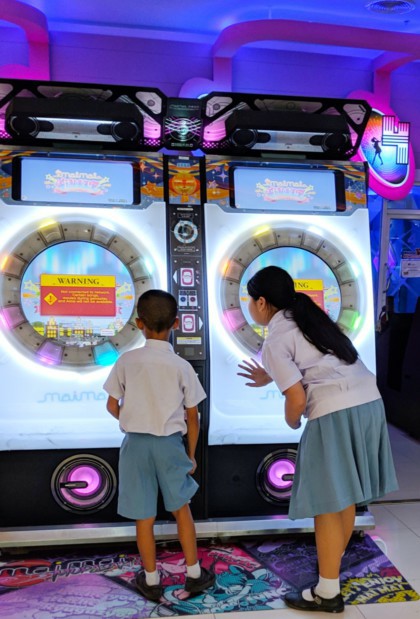 Max is going to stay with my sis in Washington for a couple months. He’ll be there until the end of the last term of 2nd grade there to see what it’s like. We’ll see what happens from there, but anything is possible. We can uproot and move within a couple years, if that feels like the right thing to do.

We aren’t really keen on splitting up the family in different places while the kids are so young. But Max wants to go, and hasn’t wavered at all, even while playing with Mina for the last time in a while earlier tonight.

Meanwhile, my days are filled with keeping young kids happy and learning English for our summer project. Nam has been rushing to finish classes early (her uni’s term is different from mine or the kids’ school; we are on summer break) in order to take Max over and scope out Washington state. It’s been stressful.

Money is also tight, and we decided to gamble on a newer Chinese airline that has a modern fleet and is still unknown and variably rated online: Xiamen Air. Everything seemed to be going well, but the tickets were cheap and maybe there’s a reason for that.

First, it seems that Xiamen Airport (as opposed to other international airports in China) may require Thai nationals to get a transit visa even for a transit of less than 24 hours (staying inside the airport). However, the information on this is conflicting, and I had only read reports that it was actually no problem when bought the tickets. Now, on the eve of departure, we have read more reports stating the opposite… Nam will have to go all the way to BKK with Max tomorrow and ask the counter staff, since their website is useless, as is their service hotline.

Actually, the website is so useless, we can’t even check in online:

So, they are leaving our house from tomorrow morning on a great adventure! Mina and I will be guarding the home front and missing them. Nam will be gone for a few weeks, and Max for at least a couple months. We miss you already, boy!

UPDATE: Xiamen Air and inconsistent Chinese visa rules for Thai nationals completely screwed us. While most info on the internet, even from some official-ish sites, claim that Thais can get through Xiamen Airport on transit without a visa, according to the Chinese embassy in Thailand as well as Xiamen Air head office in China said that Nam would not be allowed on the flight at Suvarnabhumi without a ~$140 transit visa or tourist visa (which cost the same, with the transit visa offering no benefits whatsoever, so you might as well get a tourist visa).

While I should have looked this up more thoroughly before buying the tickets, we were just too busy. It’s hard to believe that the travel agency (SmartFares) or the airline itself (Xiamen Airlines) collect your passport information yet allow many Thai nationals fall into this trap (again, applicable to only some of the airports in China) every month, according to the helpful girl on their help line. It was not nice finding this out on their eve of departure, but it was better than them getting turned back at the airline counter at BKK I suppose. There are some reports that paying bribes can help you get out of this ridiculous visa conundrum, sometimes facilitated by the airline staff in China but usually taking several hours and entailing lengthy questioning and missing your original transit flight. We ended up having to book new flights (not through SmartFares ever again, just on principle), this time through Hong Kong Air, which was completely fine because according to Nam, both their airplanes and HK airport are very nice, and because Thais DON’T NEED A VISA FOR SHORT TRANSIT THROUGH HONG KONG AIRPORT, UNLIKE XIAMEN AIRPORT AND OTHERS.

The moral of this story is: BEWARE OF XIAMEN AIR (it rhymes!), BEWARE OF SMARTFARES, BEWARE OF STUPID CHINESE VISA RULES. They are acting in concert to squeeze you for every last dollar.

Not exactly sure where she’s learning to write Japanese…

I’m on a kick looking for BGM tonight, because I need to start writing chapters 4 & 5 of my master’s dissertation tomorrow. I will be aided by my trusty steed, Dragon Naturally Speaking and all of these badass beats. Sometimes Lofi radio on YouTube gets old…

We went all in with Kenji on this one:
Foolproof Pan Pizza Recipe
New York-Style Pizza Sauce Recipe

Actually, for the sauce, I added filtered fish sauce, tripled the amount of garlic, and used the good part of a rotting onion instead of going to the store to buy a fresh one, and it turned out really, really well.

I tried using a cast iron Lodge pan and an aluminum baking pan, and the latter was predictably much inferior to the former because the crust stuck to it pretty badly.

In Thailand, any cheese is expensive, and the one called for in the recipe is unavailable where we live, so we used a cheap pre-shredded mix. It was most excellent. The sweet Thai basil was also a great match.

Next time, I must find a bigger, better alternative to the baking pan.

The kids started playing Scrabble at school and wanted to practice, so I broke out one of the knockoff sets I found at Terminal 21 in Korat a few years ago in anticipation. Unfortunately, the tiles are too big for the spaces on the board and the whole thing is so cheaply made that it affects gameplay a bit. So I’ll probably buy a real board, or at least a better knockoff, in the near future.

Ken and Cam, one day you will awaken in a magical forest, and I will be there to show you around. Until then, you just be you.

Even in the land of endless beaches, this is a special one. 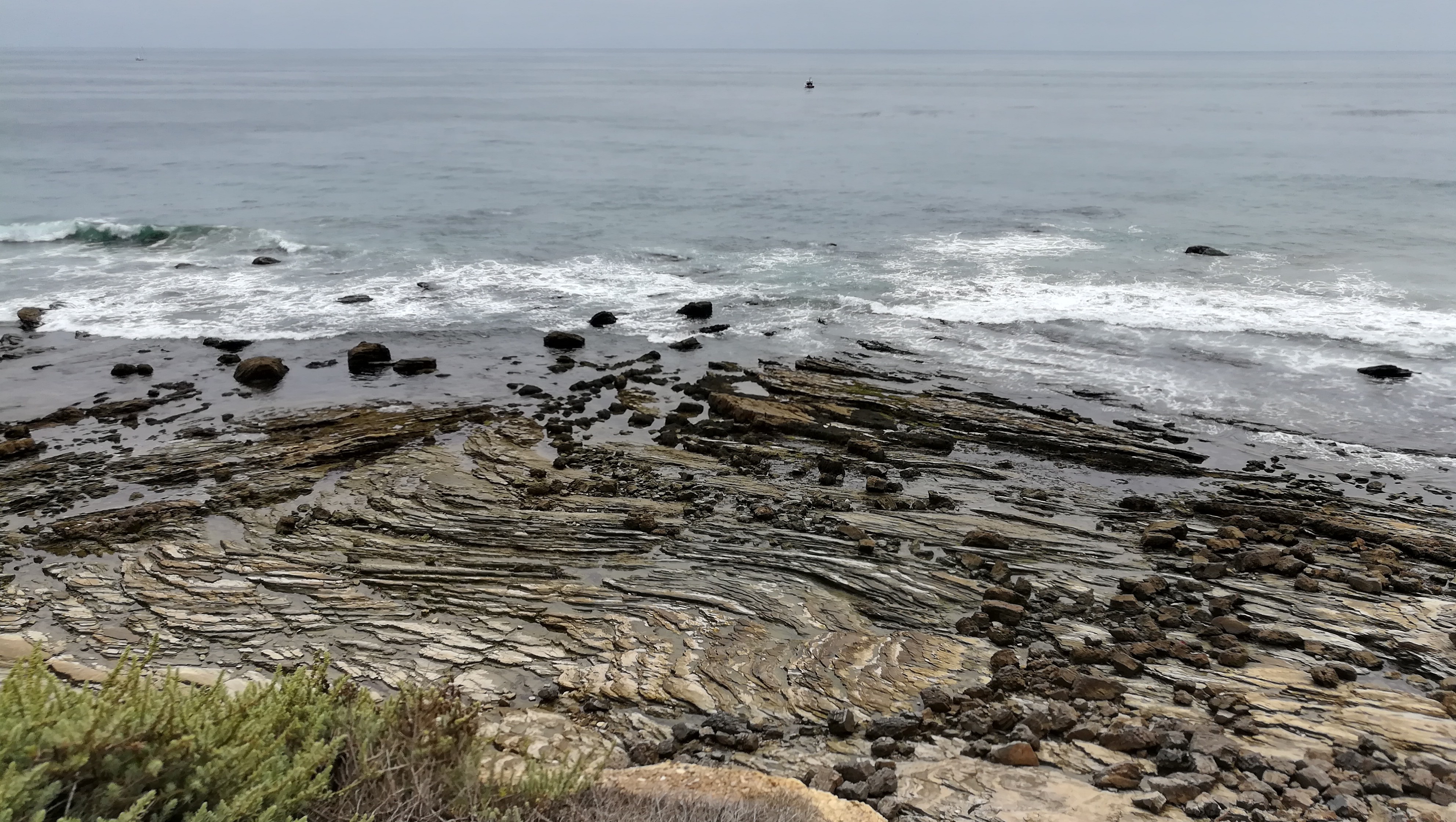 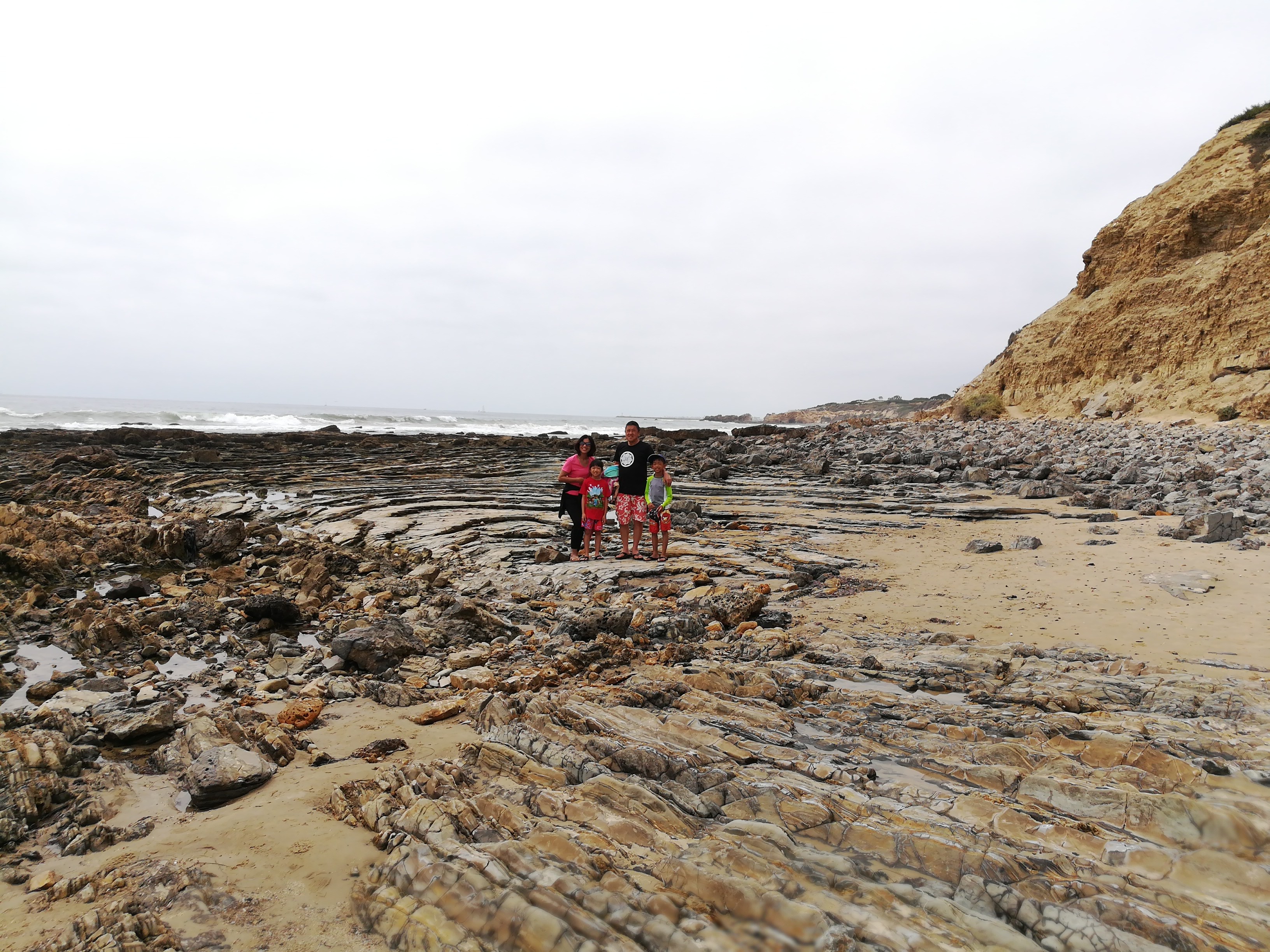 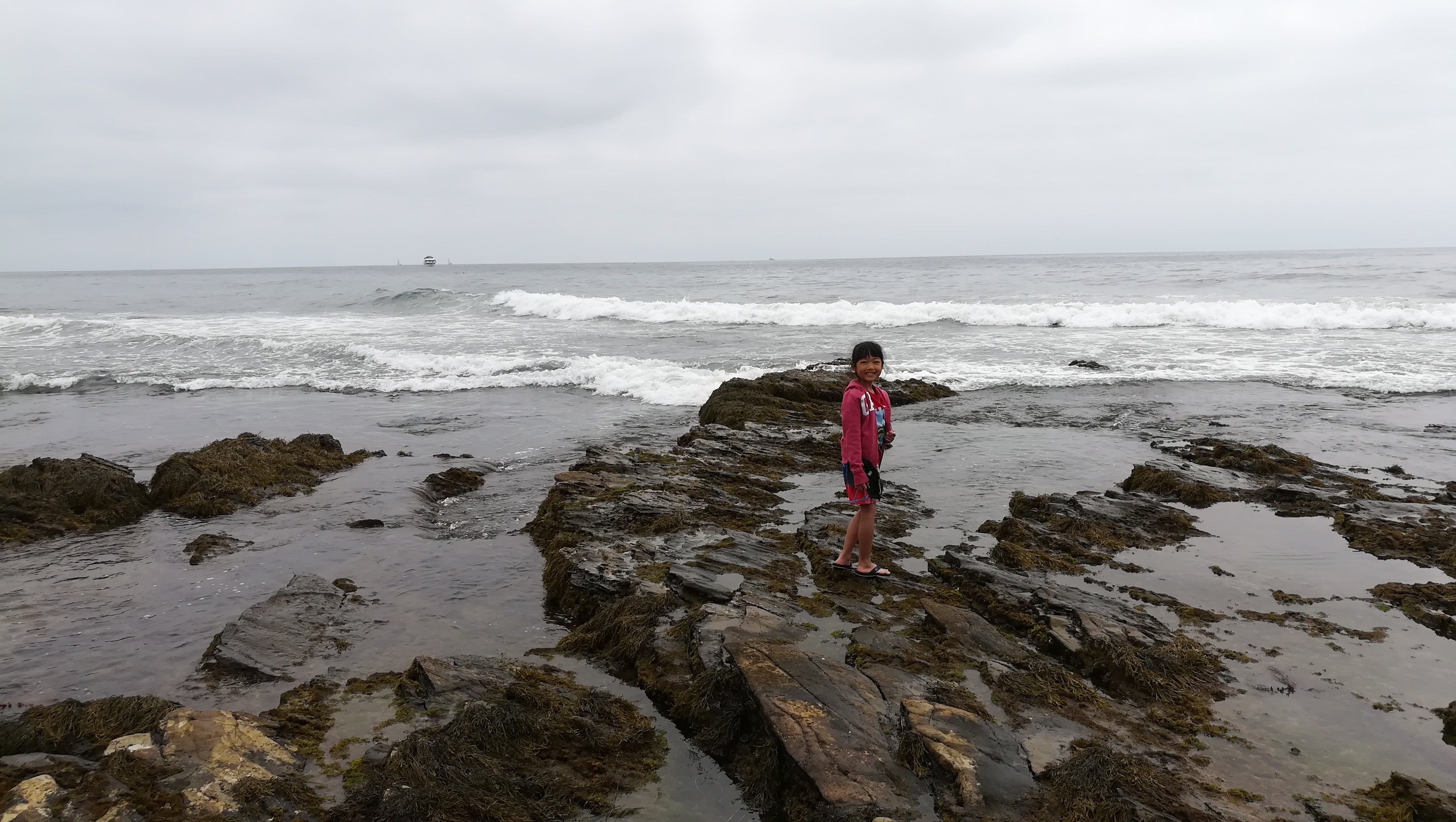 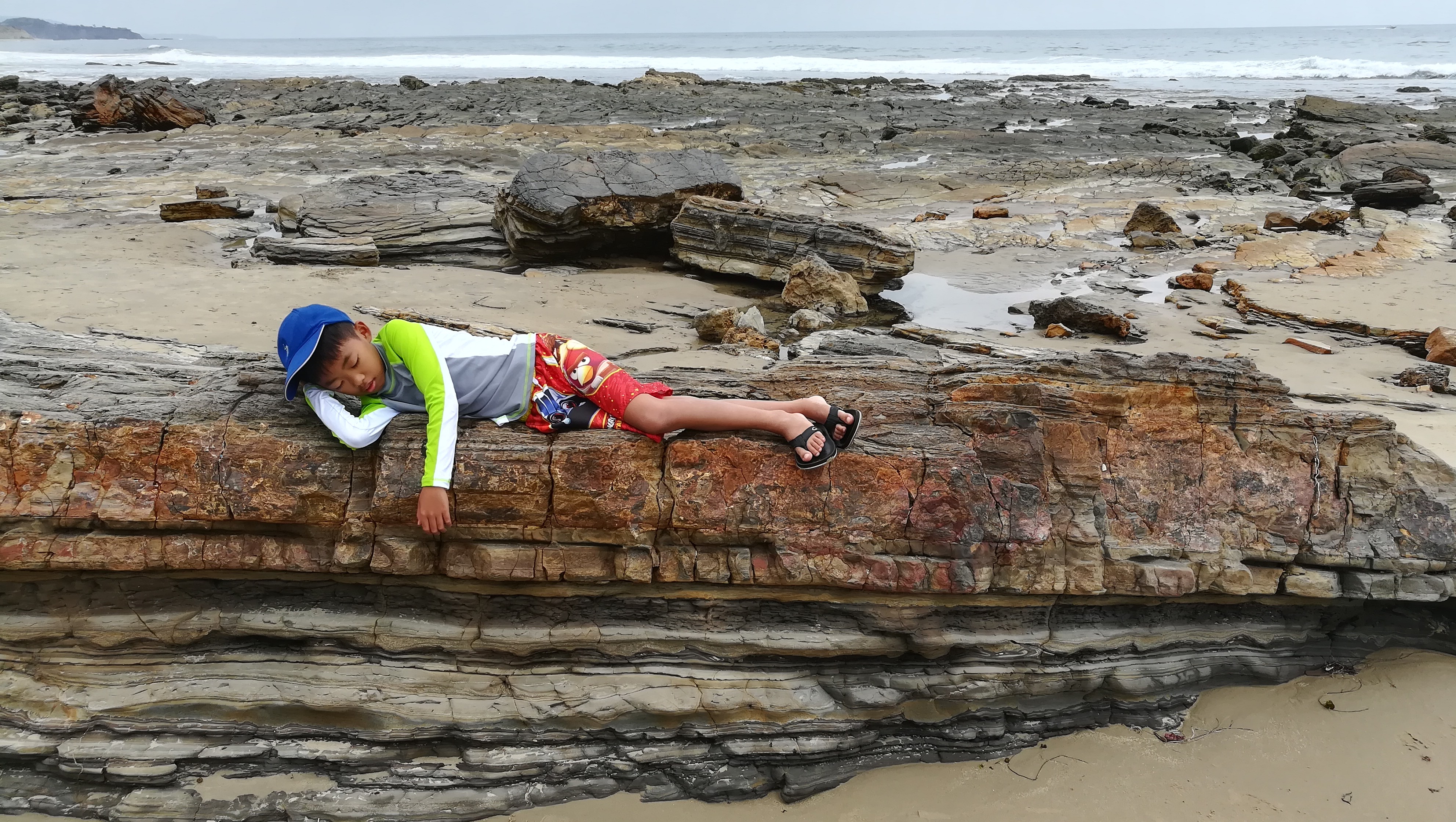 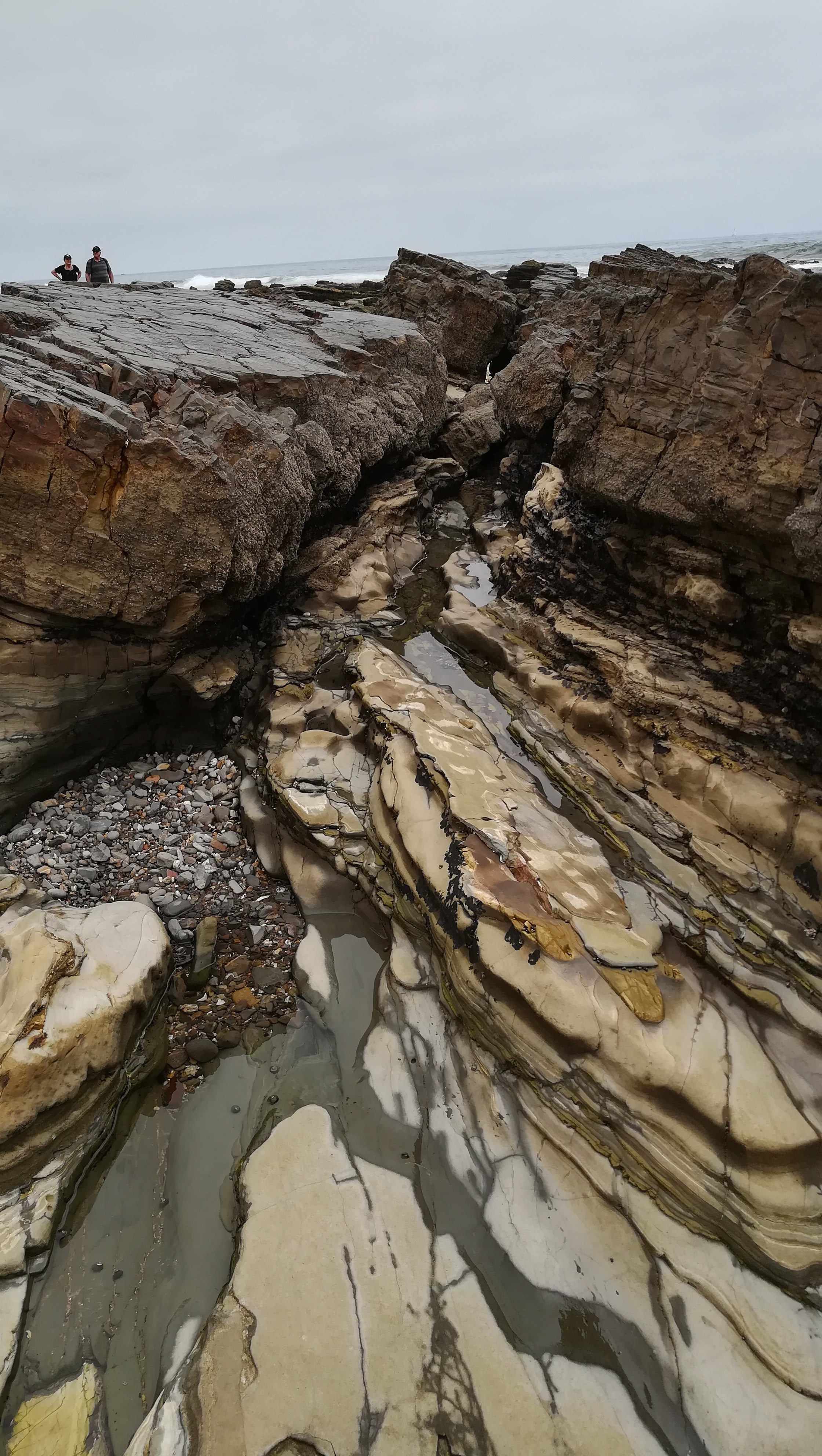 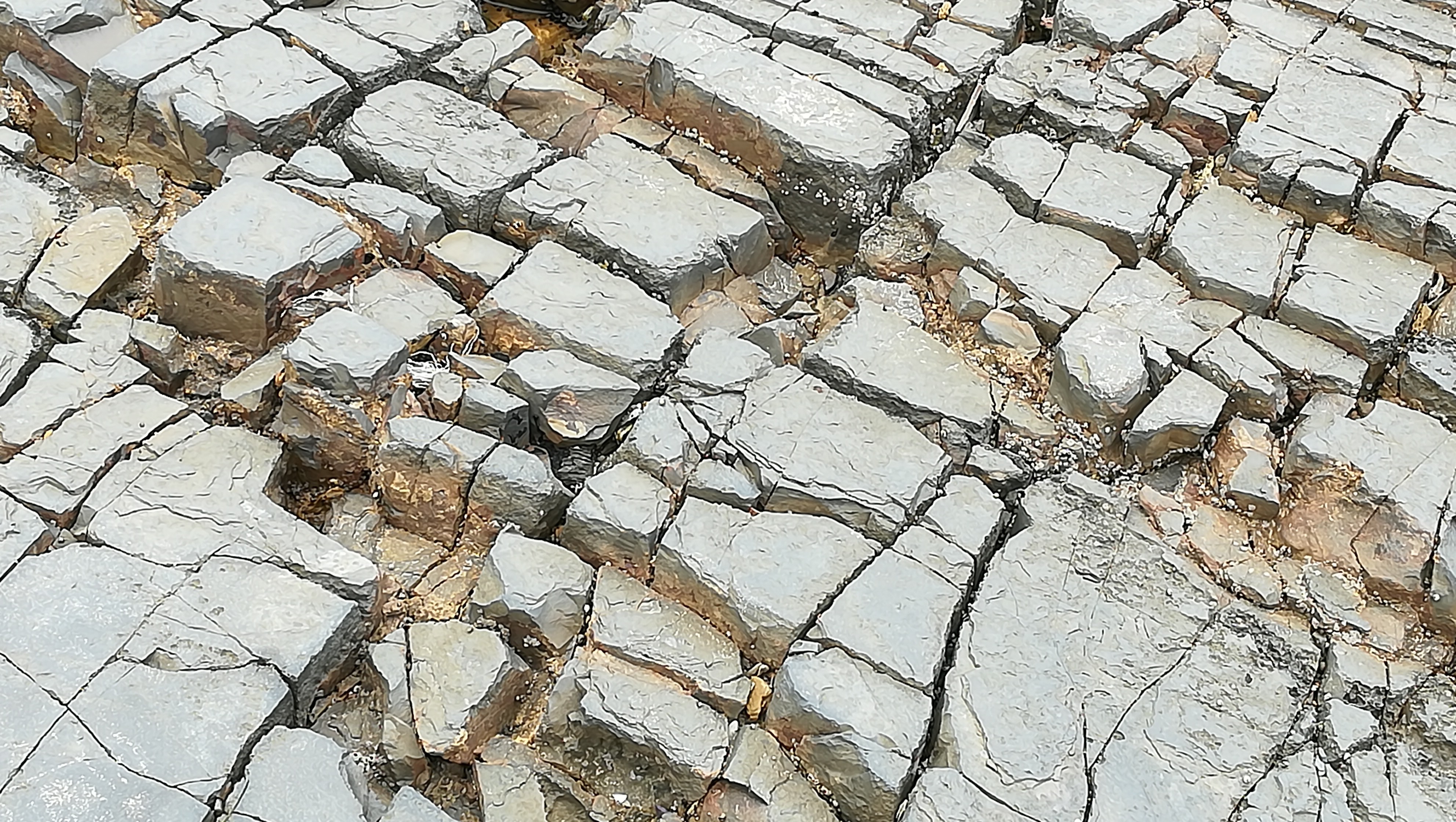 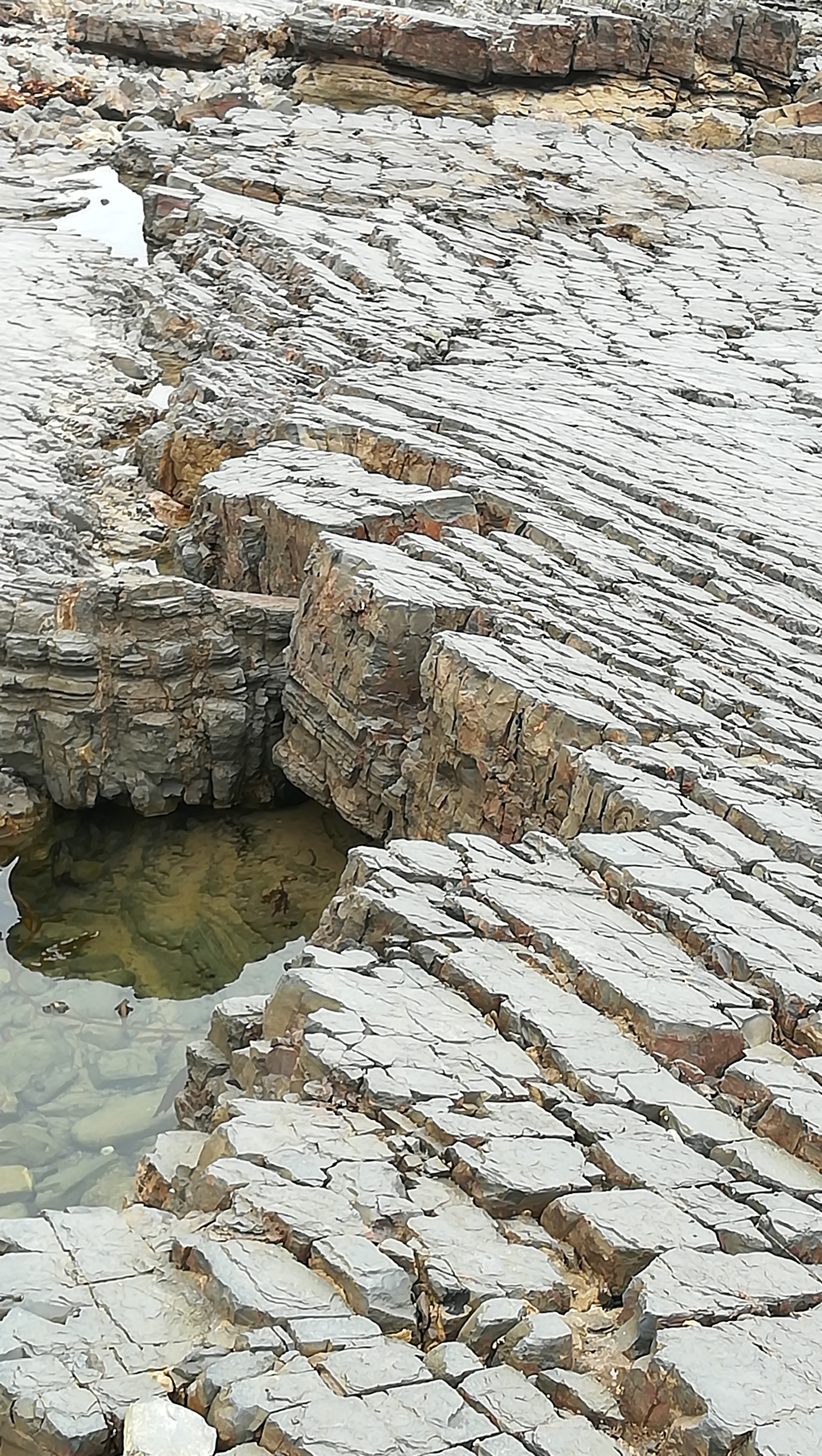 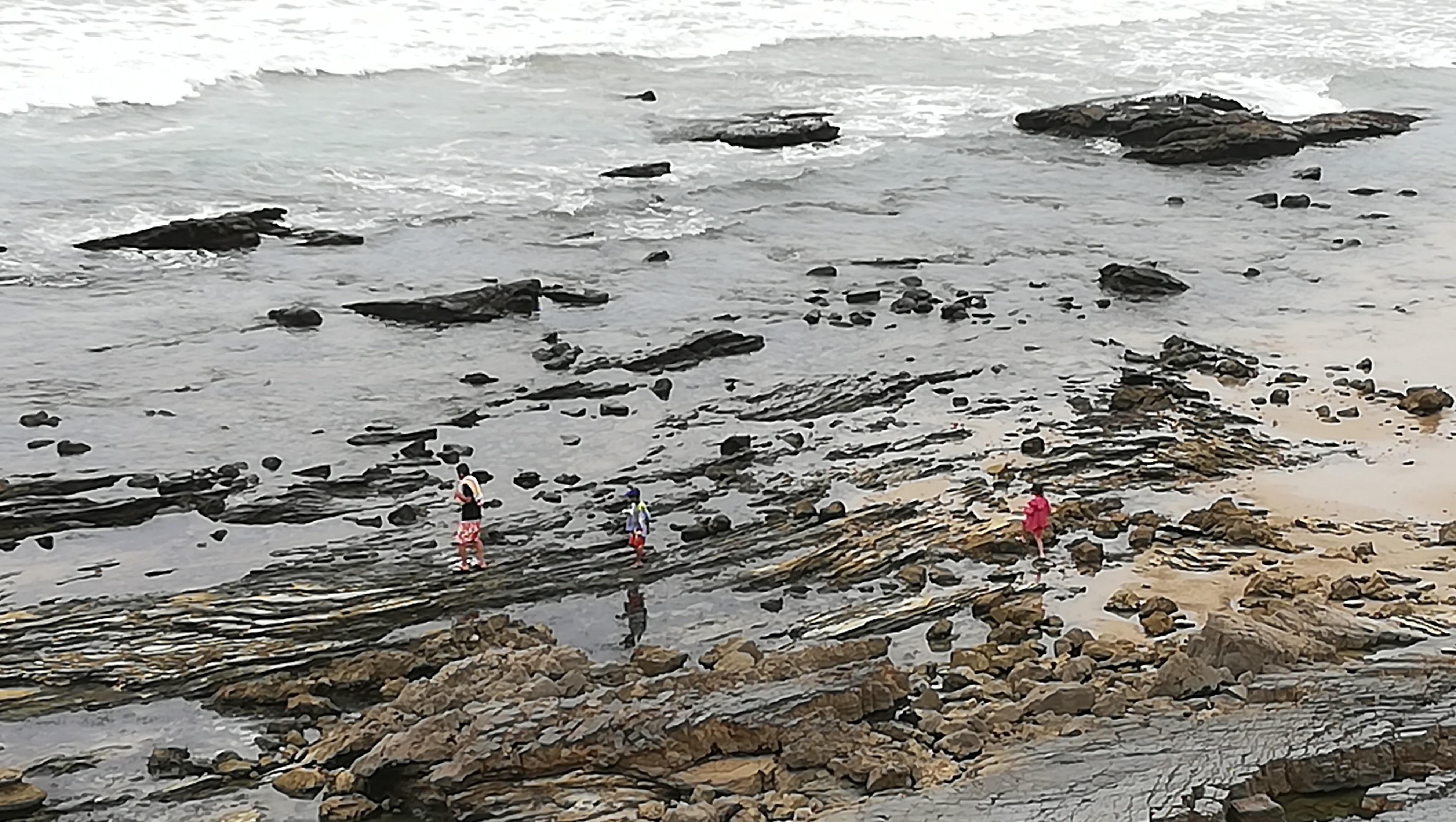 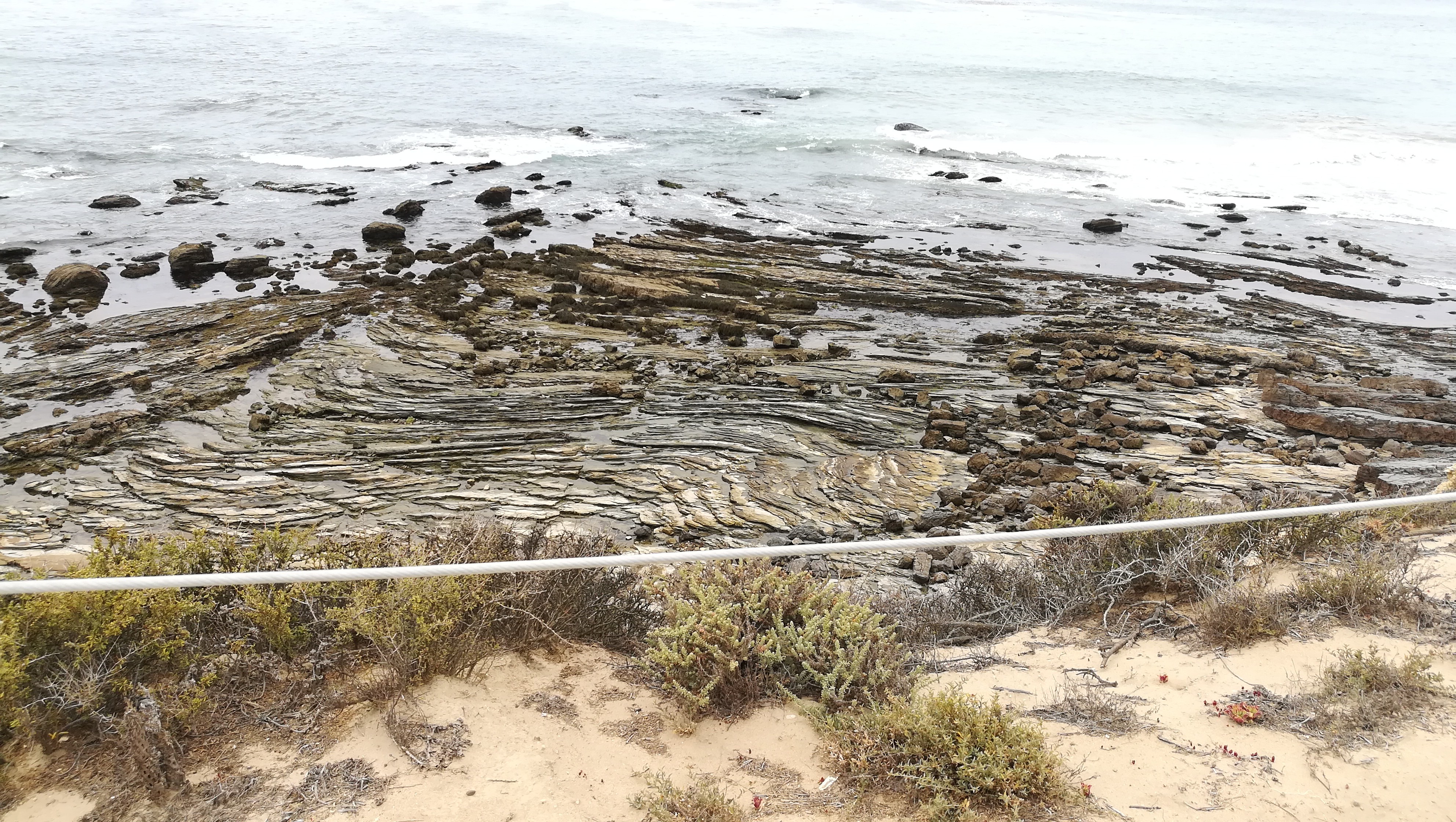 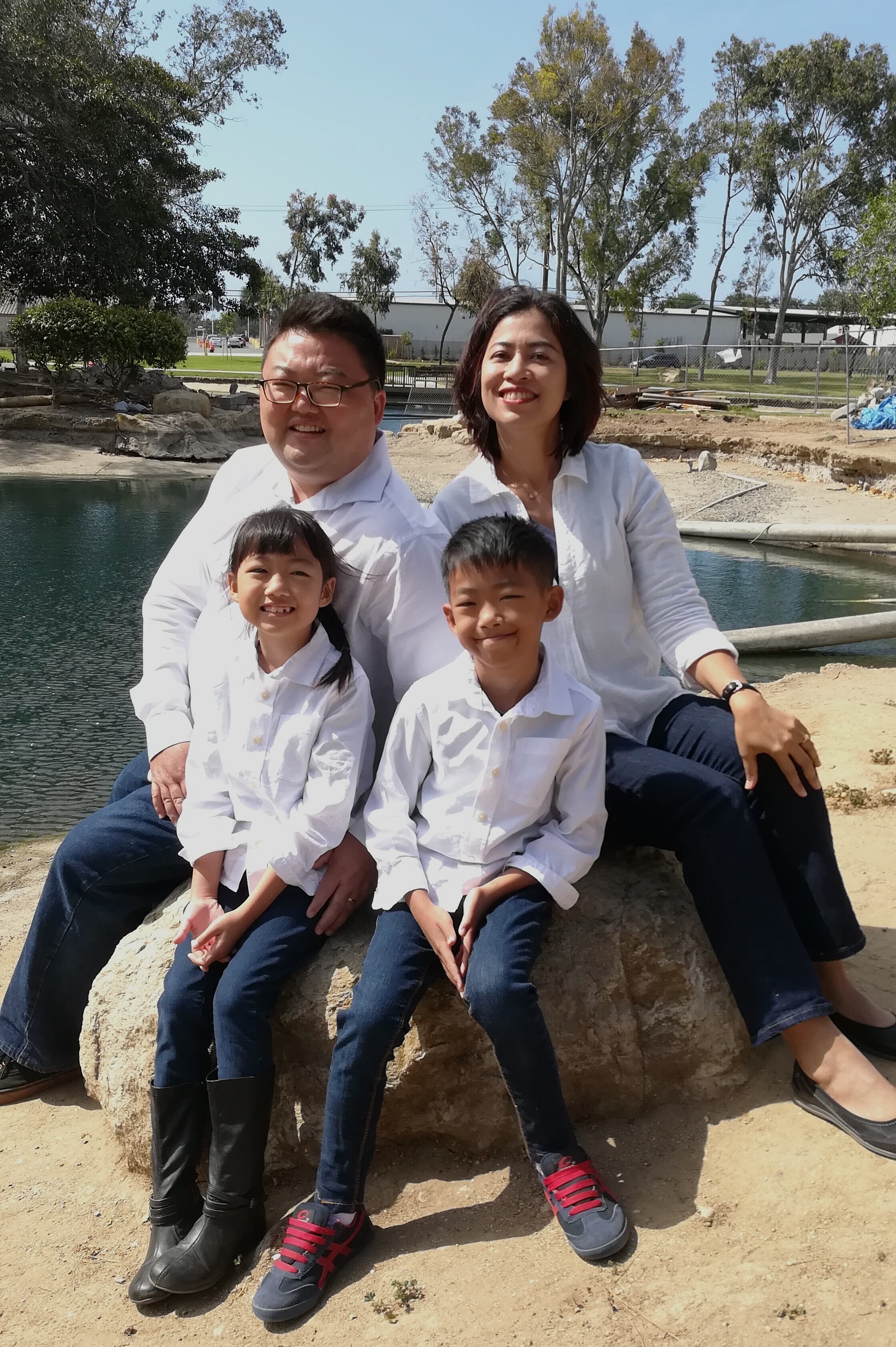 At a pond full of turtles and one giant carp.