Max can’t get enough of this old series on TV called Art Attack, and gets a lot of inspiration from it. One of his recent creations was made from items found in the kitchen, and he proudly announced he had made an elephant sculpture: 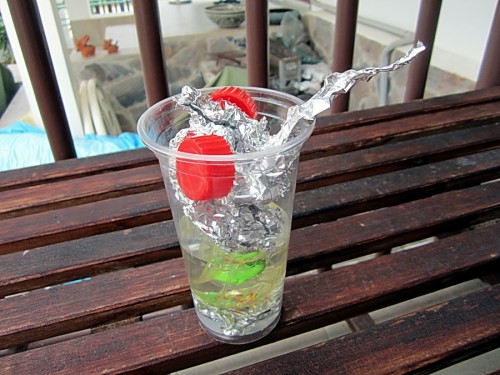 I’ve been keeping it in my shower for a while now, and the green algae growing on the sides only adds to its charm.