I know that boy scout leaders in other countries wear khaki uniforms as well, but it’s just too common of a sight in Thailand. They take their scout positions very seriously here, and the thing that gets me is that the scout leader uniform is just a giant version of the ones worn by the scouts themselves. So sometimes I’ll be attending some official function with school presidents and deans and other demigods-in-their-own-mind and some poindexter in a half-length khaki uniform and clip-on tie will amble up on stage and start presenting awards or whatever… It’s really quite trippy.

I guess the moral of this story is that if you happen to come across a sweaty, middle-aged man in Thailand dressed like a little boy scout, complete with brimmed hat and fake leather shoes, don’t worry! He’s not a pedobear! He’s a leader of… boys! 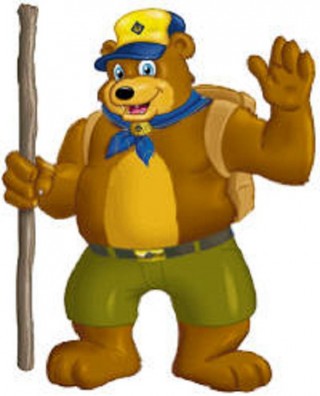