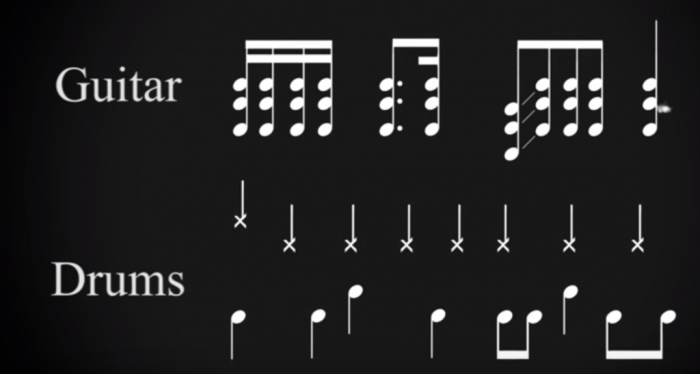 The world needs hungry and talented drummers, even if most current music doesn’t employ real drums. There’s a story of past giants, as well as promise for the future laid out in these vids:

There is a self-intro from the girl on the Vimeo page where it was uploaded that wasn’t carried over to the YouTube version embedded above (and it’s a shame that Vimeo has never gotten to the level of reliability of YouTube, since it kicks ass in so many other areas):

My name is Yoyoka Soma. I am 8 year old Japanese drummer.

When I was a just small baby, my parents had a home studio and there were various kinds of instruments. My parents were performing music activities as amateur singer-songwriters and they cradled me with their music. When I listened to their songs and guitar performances, I was eager to join them and couldn’t stop beating out a rhythm. That was why I started playing the drums. The drum was the first instrument in which I felt an interest in my life. My parents’ music peers often visited us to play together. I was glued to the powerful and dynamic performances by the drummers. At age 2, I was playing the drums as if I were playing with toys. At age 4, I started performing at concerts. At age 5, my family band “Kaneaiyoyoka” was formed by my parents. We have released 2 self-produced CD albums so far. Not only the drums, I also play the keyboard and perform as a vocalist. I compose lyrics and music as well.

As a drummer, I enjoy being groove, tones and try to support vocalists carefully. My dream is to be the best drummer in the world. In addition, I want to be an artist who can do anything: playing all instruments, recording music, mixing the sound and designing the CD album jackets. As I am aiming at overseas activities, I am studying English conversation. I want to become friends with people all over the world through my musical activities!

As HLAG is a contest only for women, I definitely can’t lose it. I want to be the best female drummer. Thanks to the great support by my family and fans, I can continue the practice and other musical activities. I want to show the best result of my daily practice and come out on top of this contest!